Having founded our company on the last April Fools’ Day of the 80’s, I’ve found a regular dose of humor to be an effective antidote to the night sweats that afflict those of us foolhardy enough to enter the world of entrepreneurial terror. After all, when you lose your sense of humor…you lose. Over a quarter of a century later, I now realize that the many lessons learned along the way might also be helpful to our clients and prospects, particularly those atop the IT pyramid known as Chief Information Officers (CIOs) and the legions of underlings aspiring to become one. To my observation, when it comes to C-level seats in any organization, none is hotter than the one occupied by the CIO. Which could explain why CIOs tend to age in dog years and have a shelf life akin to sushi.

Then IT came to me. While conducting a retained search for a client company’s first ever CIO, I started rediscovering truths about IT learned over these many years, yet never creatively chronicled for the benefit of the Phi Kappa CIO fraternity. And yes, IT is a very male dominated industry. For every Marissa Mayer (Yahoo! CEO) there are hundreds of male counterparts. Note to female IT executives –stock up on Ray Bans because your future is so bright…

So I wondered, how could we begin sharing this treasure trove of high tech wisdom in a way that would not only inform, but also entertain, our beleaguered brethren (and the occasional member of the Yahoo! Sisterhood)? Enter Comedian Jeff Foxworthy with his famous and fabulously funny “You might be a redneck…” shtick, such as: 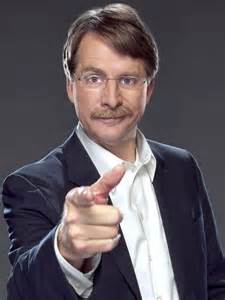 I figured two can play at this dumb as a fox game, especially if our CIO and wanna be friends from around the country play along. So whada ya’ say, let’s play “IT’s Train Wreck Tuesday”! 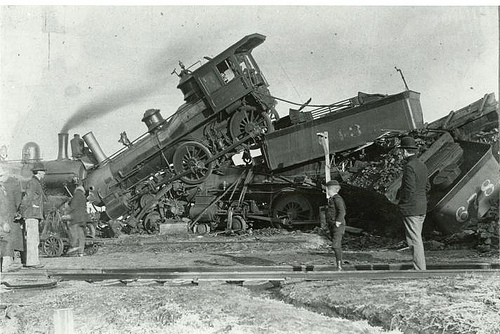 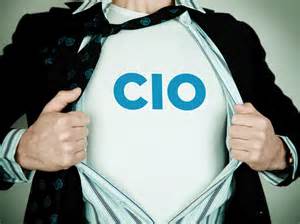 If your CIO “owns” every project in the backlog #ITmightBeATrainWreck

You get the idea…and we welcome yours. Just pass them along to @blouis and let us know if you’d like to take the credit or remain anonymous lest your boss get onto you. Speaking of CIO’s superiors, you too are invited to play along. No doubt, you have some very valuable insights into how to avoid IT train wrecks…or some painful clarity into how to cause one. Either way, the Phi Kappa CIO fraternity and Yahoo! Sisterhood would appreciate your contributions.

As always, IT’s harder than it looks. Keep IT to 140 characters, picture optional, hashtag #ITmightBeATrainWreck required. We’ll post the best of the best every Tuesday. And now…it’s time to play IT’s Train Wreck Tuesday!