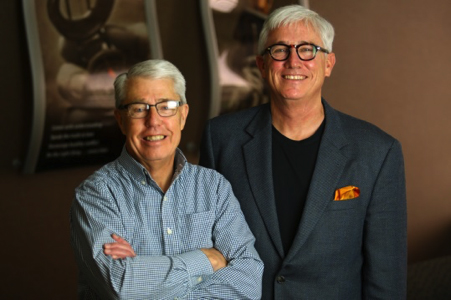 Uniquely Inspiring Culture:  Founder’s Perspective
Our uniquely inspiring culture is built upon a firm foundation with a rich history spanning five decades.  Our corporate family tree dates back to 1973 with the birth of our “grandparent”, Ambassador Steel, in Ft. Wayne, Indiana.  One of their early partners was also an early partner in our original parent company, Ambassador Leasing.  Beyond common ownership, Ambassador shareholders over the years have shared a common commitment to the deep spiritual meaning behind the namesake of each related Ambassador entity.

The following describes the owners’ deeply held personal convictions and may not apply to any other employees of Ambassador Solutions.

The name “Ambassador” was derived from a verse in the Bible and is the cornerstone of the owners’ personal business philosophy today:

Simply stated, this verse says that those claiming to follow Jesus Christ (as Max and I do) are also called to represent Him (as ambassadors) in whatever walk of life they find themselves…including the marketplace.  God may then choose to speak and act through His ambassadors to accomplish His purposes.

Since 1973, shareholders of Ambassador entities have sought to be used as “Ambassadors For Christ” within the markets they serve.  Today, Max Frodge and I truly see our ownership of Ambassador Solutions as a divine calling.   However, we are quick to eschew the “Christian company” label that so many ascribe to us.  There is no such thing, as only people (not companies) can be Christians.  Ambassador Solutions is simply a company owned by Christians…one that embraces and employs people of all faiths.  We wouldn’t want it any other way.

Since our founding in 1989, we have periodically pondered the question, “What does it mean to be an Ambassador For Christ?” We’ve always concluded that the answer begins and ends with “people”.  So, after much debate over many years, in the mid 1990’s we adopted what became known as our Basic Beliefs, stating that people:

A few years later, we formulated our Core Values (Dignity, Integrity, Excellence).  In 2006, we created our Values In Action to illuminate our Core Values by illustrating four practical applications of each.  While our company namesake and Basic Beliefs emanate from our deeply held personal convictions as owners, our Core Values and Values In Action serve as the “true north” that guides every Ambassador Solutions teammate in serving our clients and interacting with one another.   Max Frodge and Brad Lindemann, Owners/Co-Founders, Ambassador Solutions *

* Max Frodge is retired and sold his interest in Ambassador, Inc. to Elaine and Brad Lindemann in December of 2019.  The Lindemanns now own 100% of the firm.

Get a Perm Quote